If I'm found by Terri Blackstock

I began reading this book as soon as I received it. It was tough to put down! Just as thrilling and suspenseful as the first book in the series, it will be keep you reading to the very last page.

If I were a nail biter, I would have been biting my nails through the entire thing. Instead every time, I had to put it down, I just kept picking it right back up saying to myself just one more chapter. Well, within a little over 24 hrs I was finished, so make sure you carve out some reading time with this one.

I love Terri's writing style. She doesn't waste time with detailed word descriptions to fill the pages. She gets right to the point. The suspense is riveting, you never know for sure what will happen next. I loved how she incorporates faith into this book. Casey, who isn't much of a religious
person, finds herself drawn to God.  Terri does an awesome job presenting the gospel as well as answering some tough questions about His love, such as, "Where is He when bad things happen to good people?". She doesn't claim to have all the answers, but she encourages us to look for his blessings amidst the chaos and craziness of everyday life. To find him in the hard times, in the simple things, whether that be in the day to day provision or simply the awesomeness of His creation.

This isn't the end of the series and Terri leaves us longing for more. Although its not necessary to read book one to understand the story, I would highly recommend it, to get the background. I also read it very quickly, and it is worth it

I received a free copy of this book courtesy of the publisher to read. A positive review was not required and all opinions are my own.

You can get your copy on Amazon or other retailers

In this riveting sequel to the USA TODAY bestseller If I Run, evil lurks, drawing Casey out of the shadows . . . but there is light shining in the darkness.
Casey Cox is still on the run, fleeing prosecution for a murder she didn’t commit. Dylan Roberts—her most relentless pursuer—is still on her trail, but his secret emails insist he knows the truth and wants to help her. He’s let her escape before when he had her in his grasp, but trust doesn’t come easily.
As Casey works to collect evidence about the real murderers, she stumbles on another unbearable injustice: an abused child and a suicidal man who’s also been falsely accused. Casey risks her own safety to right this wrong and protect the little girl from her tormentors. But doing so is risky and may result in her capture—and if she’s captured, she has no doubt she’ll be murdered before she ever steps foot in a jail cell. 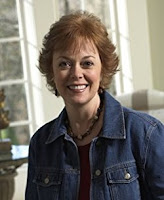 Terri Blackstock has sold over seven million books worldwide and is a New York Times and USA TODAY bestselling author. She is the award-winning author of Intervention, Vicious Cycle, and Downfall, as well as such series as Cape Refuge, Newpointe 911, the SunCoast Chronicles, and the Restoration Series.
Visit her website at www.terriblackstock.com
Facebook: tblackstock Twitter: @terriblackstock

I love hearing from my readers. Thank you for leaving a comment.

Get Posts Delivered to Your INBOX

Thanks for Stopping By

Reading is one of my favorite pastimes. This blog allows me the amazing opportunity to receive free books, get to know the authors, and share my thoughts on the books I read. It also give me the privilege of getting to know my readers.
Please feel free to comment, ask questions, and share your opinions. Connecting is a joy.
If you are an author, feel free to contact me via the contact page if you have a book you might like me to review.

PLEASE!!! Leave an email or way to contact you if you enter the giveaways. I have had several people selected as winners, but with no way to contact, I have had to select a different winner.